As Tet approaches, one couldn’t help but wonder if this holiday was also celebrated elsewhere. Of course, the answer would be yes since we all know that China was credited for kickstarting the whole thing. But what about other East Asian countries. A quick Google search shows that Korea also celebrates it, but not Japan. Why is this the case? Did Lunar New Year ever make it to Japan? And if it did, what happened to it? And what did the Meiji reform do to the holiday?

Around the 6th Century AD, Chinese influence reached Japan and the country celebrated the Lunar New Year, albeit with slightly different beliefs and customs. Everything was stable until European influence started ramping up. That, along with a crumbling, warring country that deliberately secluded itself from Christian influences from the Americas--“Sakoku”--Japan needed urgent change. Enter Meiji. Or, in Vietnamese--Thiên Hoàng Minh Trị. But before we get into what he does, we must understand why he decided to rise through the ranks, threw a coup d’etat, and “restored” Japan.

Let’s wind back to 1853. Why that year? Well, it’s because that’s the year that the United States’ Commodore Matthew C. Perry showed up at Japan’s doors with big and advanced gunships to strongarm the feuding country to sign a treaty that enables trade. Seeing that his country was far behind Western powers in technology, military, and economy, Emperor Meiji decided to write a reform constitution and sent Japan into an accelerated state of Westernization to "combat the inferior practices" of the East that would hold Japan back. This included cultural Westernization such as the integration of the Gregorian calendar.

This eventually led to a slight cultural issue. Despite having a Western calendar, Japanese people still wanted to celebrate New Years so the emperor decided to move the date to the first of the year and have all the traditions be the same (or roughly the same). This obviously caused an uproar, one that lasted till the 1900s. People were complaining that their way of life was ruined and everything is pushed too far forward so no one had time to prepare for the holiday, et cetera. Basically put, no one was okay with it for the longest time. Eventually, it all subsided and the memories of having a lunar calendar in Japan faded into obscurity.

The most common misconception is that by synchronizing the Japanese calendar with the Western calendar, the Japanese economy skyrocketed due to having fewer days of break. You see this all over Facebook whenever Tet comes around where “self-conscious” members of Vietnam’s society decides to critique our long holiday. They usually complain that since Tet lasts 5 days long, people are more likely to spend more and work less and that damages the economy. Here’s an eye-opening piece of information: Japan’s New Years Holiday starts from December 25th, right after Christmas until January 1st. That tallies up to… 5 days. What do you know? They also spent 5 days!

Another misconception people have is that ever since Japan abolished Lunar New Year, Japan’s economy skyrocketed. While economic trends prove this true, this is merely a correlation. At the same time, the Meiji constitution went into effect, trades with the US was already ramping up due to the “treaty” mentioned above. Furthermore, since the constitution included segments on industrialization and increased military spending, one could easily attribute that to Japan’s economic growth.

What about long-term effects? Does the abolishment affect modern-day economy? Sadly, no. By skipping a huge holiday that some of their greatest consumers--China, Vietnam, and Korea--celebrate, they risk losing a lot in the span of five days where all these countries practically seize imports and exports to enjoy the holidays. That is, unless, they attack the virtual market. Look at Riot Games for example, every time the Lunar New Year comes around, they release Lunar New Year-themed skins (character cosmetics) for the East Asian markets and its diasporas. Oh yes, you can’t forget about the diasporas. They account for a lot of other nation’s economies too. Say, the USA for example. Asians account for 5.6% of American population, which is roughly about 20 million people. Imagine if even half of them stopped spending on the holiday, you’ll be looking at 10 million lost customers. What if we’re talking about China with its 1.4 billion population? Oh yes, lots of customers indeed.

So, did Japan’s decision screw them over economically? Yes, but surprisingly, not by much. We’re only looking at the surface of the Meiji reform when it comes to the economy. There are still so many factors affecting the economy, and while the Lunar New Year is a part of it, it is not a major contributor. After all, when you look at it from a distance, the decision barely does anything. Sure it disrupts Japan’s trade for five days every year but in general, everything is still circulating just fine.

What can we take from this? Well, we can all admit that the Meiji reform did a lot to change Japanese society and economy but its decision to move the holiday barely had any effect on the economy, contrary to the false “woke” criticism posts on Facebook. After all, it’s just like moving your birthday back and forward a few days for convenience. There’s no harm, you still get your cake, and the party’s still going on, just… you know… a month earlier than everyone else. 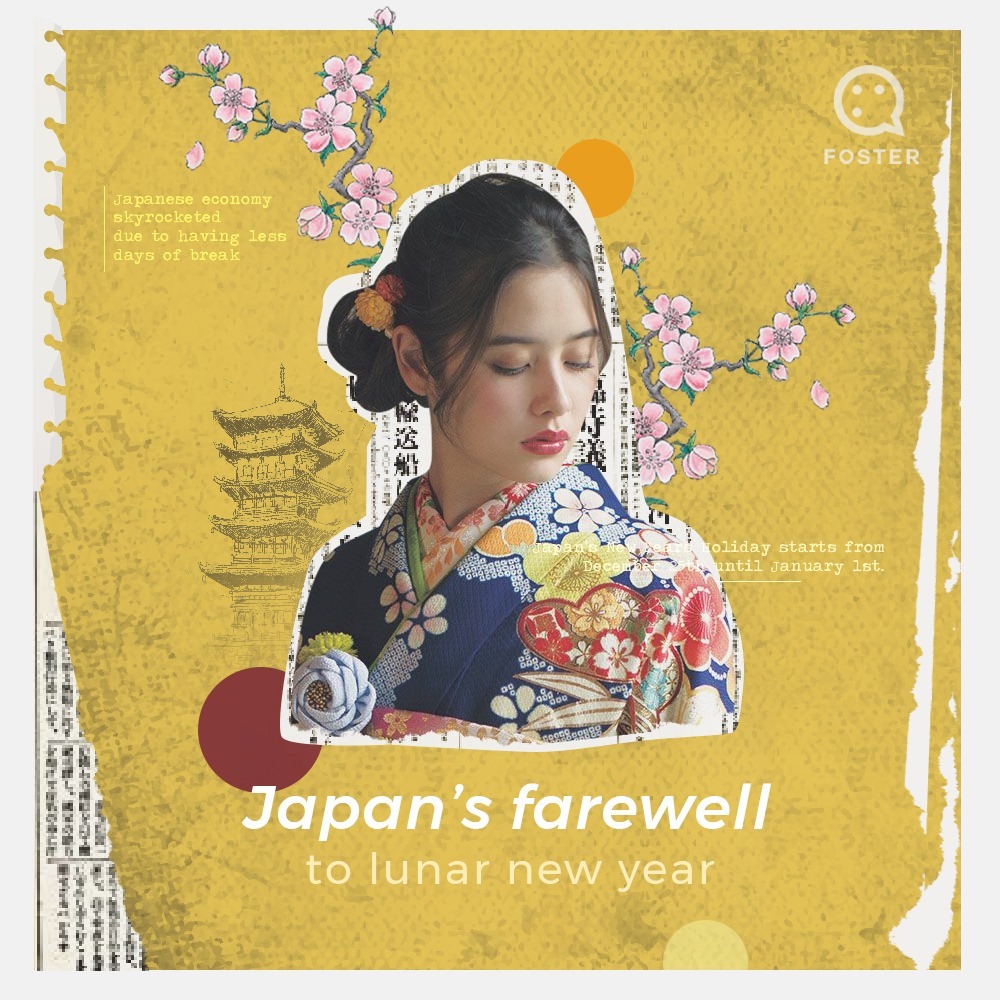